Showing posts from May, 2017
Show all

Not in America (Yet!), Thank God 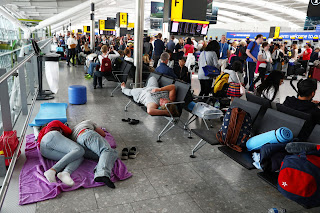 "No sign of a cyber attack." Well, gee, we are all encouraged by that news.

So just how did your whole IT system fail, causing great pain and huge inconvenience for so many people (not just Brits, BTW)?  OHHH, it was a "power surge."  I see. So B.A. had its back-ups on the same power system? For a smart outfit, that's just plain dumb...

...Or MAYBE it's the outsourcing plague?

Union blames British Airways computer crash on outsourcing to India, as fresh disruptions hit Heathrow
The GMB union, however, said the disruption “could have all been avoided” if BA had not cut hundreds of IT jobs in Britain and transferred the work to India.
* Indian IT drones plotting against BA
Could it be a regulations problem in these days of Trumpian deregulation?  Even a columnist in the quite conservative Aviation Week said, "For many fliers and lawmakers, the BA meltdown will only confirm their belief that airlines will onl…
Post a Comment
Read more
May 29, 2017 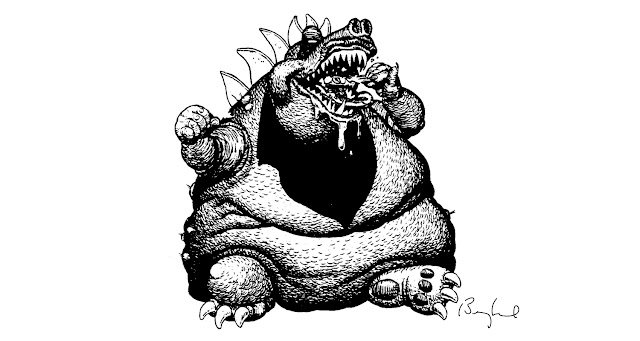 [[ This is a recent post from my book blog. It has been proclaimed as "fun,"
so I insert it here in my unending quest to bring fun to all.]] "Food" as an Alien Concept *

In this excerpt, the sixth Emperor of the Empire of Earth ("E VI") is being briefed for the first time by the alien ally "Tay" and Bobby.  Tay's race evolved on a gas giant planet not unlike Jupiter. Bobby is the human "Reluctant God" of book title fame. N'Gai Toledo is E VI's genius toady.
“Perhaps I should continue the briefing,” said Bobby.
“I don’t think so,” said the emperor. Every eye in the room snapped into focus on his face. Bobby raised one eyebrow but said nothing. “I need to know a few things first. I need to know a bit more about our allies. I need to know why – as I understand it – the more senior civilizations we are associating with are apparently leaving the scene of the impending battle in great haste, leaving …
Post a Comment
Read more 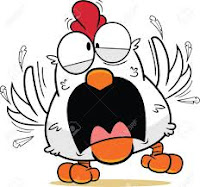 Where Have All the Insects Gone...?

I'm already having a hard time accepting that the world is losing glaciers. (Same magazine - see below)

NOW I'm supposed to accept placidly and like a good little Olde Fart that we are losing insects by the giga-ton.

Deserves way more discussion. But first.....
* ...this REALLY worries me.
Big news in Science Magazine, May 12 edition (we get ours kinda slow out here in the mountains)!
NextGen entomologists in Germany present the stunning news that just since 1989 insect population - most species - are down about 80%! Think starting with 10 dogs you love, and you've got 2 left. HUGE decline, and not a one-off, a continuing, terrifying trend. [SciMag]

I've been ranting about the mass extinction we are in for a while. "Moving fast enough for us to actually see" has been my evidence that this is moving really, really fast, geologically speaking. 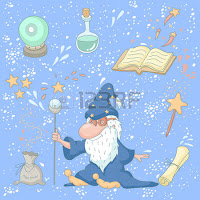 Ok, I know "OK Google"is just an Android app to voice control some "assistance."  That's not what I'm sayin' here.
*
I'm predicting here. [I just got into making predictions on this hoary blog last December. No results yet on that one.] This is just my second prediction.  Ready?

Harken unto this: I predict that it will be discovered in a Functional MRI (FMRI) study one of these days that different brain parts are used in these two mental activities:
1. Trying to "find" just the word you are looking for in your brain.
2. Searching for that word on Google (or Bing, et al).

Example: Today I was trying to get past a block on a simple word and I couldn't get it.
I knew it was associated with the word "conditions," but I just couldn't find it. 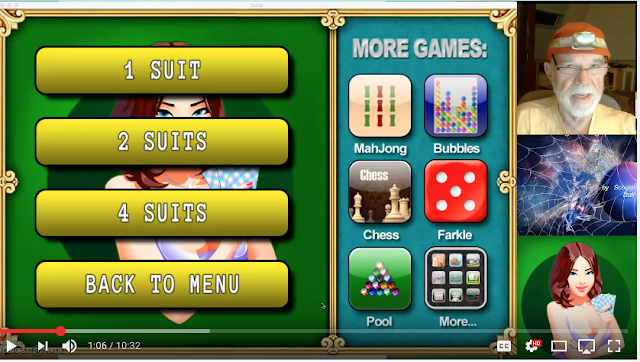 Both "New Kitty" and "New Bag" go forth, in one swell foop!

Since I've plugged this crazy YouTube thing a couple times, I don't want you to think I'm just lazing about. Noooo, I've been cranking out Spider and Olde Scooter games like a geriatric machine.


... etc.
There are bunches of games, for your relaxing, de-stressing, cooling out and general bemusement. Every game is richly augmented by the rambling, shambling host (who dat?) commenting, philosophizing and "observing."  Do a channel check right here.
p.s. The red strip at the top of the YouTube screen grab is the next "New Kitty" hint.

All In for Bears Ears 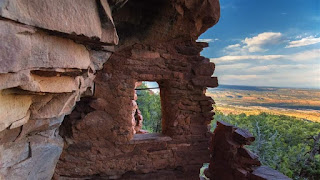 Trump + Greed = Destruction of the Sacred

The Pew Charitable Trusts finally got my attention:

Stir with dark money until foam-at-the-mouthy.

And watch our heritage be privatized.  Besides Dorothy and I are headed for Bears Ears this fall... IF the government is still open, or IF we don't get stopped by "development." 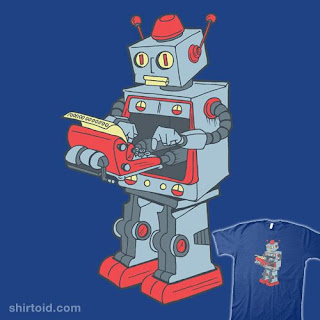 Up close and personal - ish


I notified the company Life Cell Research that I had mentioned them in the post below about my "age extension" experience.

I received this warm, personal response:

Hello duff, Thank you for contacting Live Cell Research. We will be happy to assist you with your inquiry. I have forwarded your email to our customer support team for assistance. I thank you for your business and patience. Bill Sharpe
Live Cell Research Staff
www.livecellresearch.com
I can't wait to see what assistance I get. Their A.I. needs a little more I. But this is OK. Can you imagine the amount of staff it would take to personally respond to all e-mails? Inevitably, there will be some pure non-sequitur in the automated responses. And I just LOVE accidental humor. 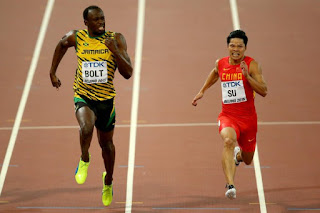 WAY faster than most of us believe, the Chinese are sprinting
***
You may have perceived that I have much concern about the Chinese threat to America's commercial and military technical leadership in the world.  We hardly hear about this from either corporate or governmental U.S. leadership, certainly not in the "news."

OK, maybe it is the fault of The Press, and we peons just don't get to hear what's happening in boardrooms and backrooms on the issue. Perhaps our leaders are up to their necks in this kind of concern, and since it doesn't involve the Kardashians we never hear about it. Thanks, Press.

Self-Driving Cars? Intelligent refrigerators? Pfiddle. The Chinese have higher ambitions. The same company that introduced China's competitor for the Boeing 737-Max and the Airbus A350 Neo, Comac, is planning future dominance. Along with Chinese space station plans and super-secure communications efforts and breakthroughs in hypersonics, they are showing they …
Post a Comment
Read more

Euros Punch Out a Pharma-bully 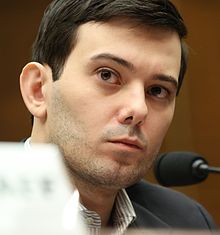 Am I Getting Any Younger? 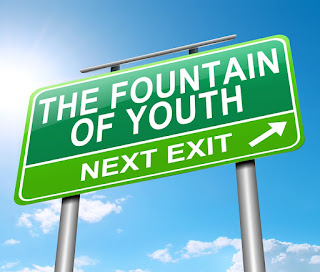 (“3/2days” means that I take those two every night, and alternating between them every morning. I take the NR every morning and the quercetin morning and night.)
This little mix is what’s new in my fairly wide-spectrum and ever evolving “regular” supplements mix. I’ve been doing one variation or another of that for almost 60 years. One of these days, I’ll run over that list and tell you why I use each one. Fascinating stuff; I’m sure you can’t wait.
I started with NR based on the reading I referenced here. Added in Pterostilbene after I realized my first NR product Basis by Elysium had it, so I added it as a solo ingredient when I tried Live Cell Research’s Niagen - straight NR.* Trans-resveratrol, derived from Japanese knotweed…
1 comment
Read more 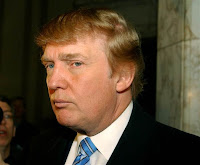 Every Wonder Where DJTrump's Hair Ideas Came From? 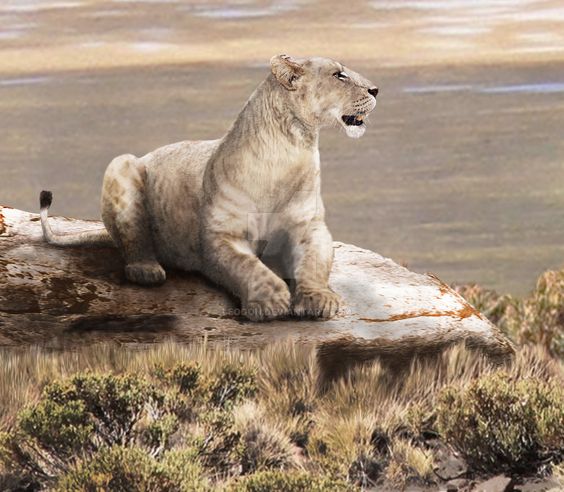 Flying off the meadow 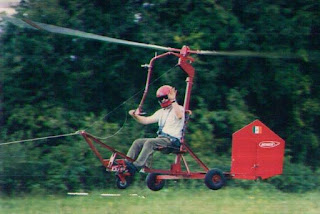 
**
Learning to fly your newly assembled gyroglider, you want to take short, experimental hops. Maybe in a meadow, not a real airport. I built one in 1969. (That's not it above; mine was just like it.)  My son Guy was the only one to get off the ground in it. This is about my first trial YouTube hops...
Metaphorically Speaking...
Thing is, I use this aerial analogy to describe what I'm doing with Spider and Olde Scooter, described in posts below. You know, to keep expectations as low as possible and still get off the ground.
I've started "publishing" some of these narrated games of Spider Solitaire. They are on my "channel." Someone just noodling around YouTube might conceivable stumble across this channel and see the current state of a definitely evolving experiment.
I am having an absolute blast doing this nutso thing, and it's clearly not today what it was when I started just over two months ago, and I doubt it will ever stop changing. …
Post a Comment
Read more
More posts